"So, how ambitious are you?"

"Yikes!" you think. "I'm not ambitious at all... I was dreading him asking me that."


Interviews. Performance reviews. Chats with your boss. All of these situations could result in your degree of ambitiousness being called into question.


There appears to be a widespread perception in the corporate world that to be any good, or to be regarded as an asset to your company, you must also be 'ambitious' (which, in most corporate cultures, means 'wanting to work your way up the ladder').


In my mind, that definition is limited and is actually held by only a small percentage of the working population and yet, their definition has become the standard to which everyone else thinks they must adhere.

I had a client recently who was talking about his performance review and how he should handle 'that' question about ambitiousness. "If I was talking to friends," he said, "I'd say the truth: I don't want ever to be a senior manager leading a massive team."


"And how would you reply if your boss asked the same question?" I asked. "Well, I would have to tell him what he expects to hear: that I'm ambitious and want a top job in the long term."


Surely the problem with this is that this client could well end up with exactly what he doesn't want: a job that doesn't inspire, engage or motivate him.


I often like to challenge the 'rules' that are created by perception; it is just in my nature.


So What Does 'Ambitious' Mean?


I believe that being 'ambitious' simply means 'to have ambitions - goals, needs, a mission - that you yearn to fulfil'.


Yes, a small percentage of people do have ambitions to be the next CEO/COO/CFO.


A larger group have ambitions to reach a certain level of seniority, or to manage a certain number of people, and then want to stay put.


And then there are some people who have ambitions to compete in a triathlon every month and so fit their training around their working week.


Some people have ambitions to spend as much time as possible with their families.


Some people have ambitions to seize every learning opportunity they can.


'Ambitiousness', by my definition, is about having a mission (or goals, or ambitions) that you believe deeply in and that you pursue with as much energy and passion that you can muster.


So, To Your Next Meeting...
So should you be cautious when discussing your ambitions with your manager?


But all I suggest is you get very clear about what your deepest ambitions really are across life and work, for an engaged, happy and enthusiastic employee will always be more likely to deliver, both for themselves and for their organisations.

Rebecca Wells is a Career and Executive Coach with a specialism in Personal Branding for Corporate Women. She believes that women are phenomenal and add long lasting commercial value to business and yet often struggle to understand their value or believe deeply in their abilities to succeed. Her coaching programs are designed for talented and savvy professional women who simply need that extra push to achieve their greatest fulfillment and success.

At A Career Crossroads? Use Your Values To Guide Your Decision.


Last week I attended a networking function, co- hosted by The Financial Review and The University of Sydney's Business School.


The CFO of Telstra, Andrew Penn, was the keynote speaker who offered a series of very honest thoughts about a range of topics, most notably for me: his views on effective career management.

Being an individual and coach who believes deeply in the power of values - and the importance of seeking outcomes that support those values - I was thrilled to hear what Andrew had to say about his own career choices.

He told us that he realised early on how important both 'challenge' (a value) and 'opportunity' (a value) were to him: any role he has taken, since starting out as a clerk in a shipping business, had to meet these criteria.


What a simple strategy: to ensure your values are met.


Consider your career today and where you want to go. What do you really want to get out of it?


Or perhaps to broaden your 'knowledge' or deepen some specialist 'expertise'?

(These are all values: they are factors that are important to you).


Perhaps you need your work to bear 'immediate results' or maybe you enjoy seeing 'results over a longer time frame'?


Whatever your values, be mindful of them. Basing your career choices on them will bring you untold fulfilment and success.


Rebecca Wells is a Career and Executive Coach with a specialism in Personal Branding for Corporate Women. She believes that women are phenomenal and add long lasting commercial value to business and yet often struggle to understand their value or believe deeply in their abilities to succeed. Her coaching programs are designed for talented and savvy professional women who simply need that extra push to achieve their greatest fulfillment and success.
Posted by The Neon Zebra Effect 1 comment: Links to this post
Email ThisBlogThis!Share to TwitterShare to FacebookShare to Pinterest
Labels: Career change, Career fulfillment, Decision making, Get promoted, Plan your career
Newer Posts Older Posts Home
Subscribe to: Posts (Atom) 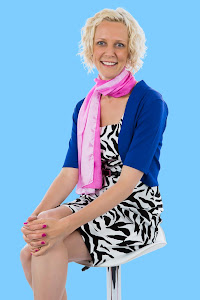